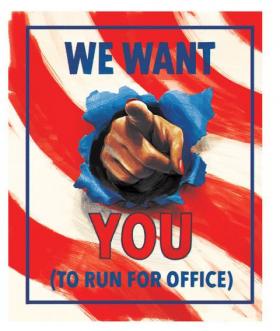 Southold Town will have 11 seats up for election in November 2021. Southold Town Democrats currently hold just 3 seats - one Town Board member, one Trustee and one Town Justice. Two of these seats were won in 2019, and have helped bring much needed balance and accountability to Town Hall. Holding elected office is a great honor and responsibility, and these positions need hard-working people who possess integrity, thoughtfulness, and creativity to carry our Town strongly into the future.

One of the best ways good, committed people can make a difference in their community is to help their town function efficiently and effectively by holding local office.

Click on the PDF link below to learn more about open seats,... END_OF_DOCUMENT_TOKEN_TO_BE_REPLACED 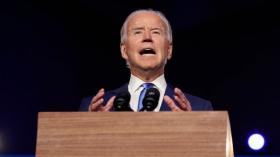 President-elect Joe Biden says it’s time for America to "unite" and to "heal."

Biden said in a statement Saturday, "With the campaign over, it’s time to put the anger and the harsh rhetoric behind us and come together as a nation."

"We are the United States of America," he wrote. "And there’s nothing we can’t do, if we do it together."

Biden made no mention of his opponent, President Donald Trump, who has not conceded the race.

Biden clinched the White House with a victory in Pennsylvania, the state where he was born. He will be the 46th president of the United States. END_OF_DOCUMENT_TOKEN_TO_BE_REPLACED 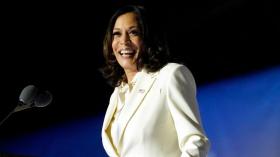 Kamala Harris made history Saturday as the first Black woman elected as vice president of the United States, shattering barriers that have kept men — almost all of them white — entrenched at the highest levels of American politics for more than two centuries.
The 56-year-old California senator, also the first person of South Asian descent elected to the vice presidency, represents the multiculturalism that defines America but is largely absent from Washington's power centers. Her Black identity has allowed her to speak in personal terms in a year of reckoning over police brutality and systemic racism. As the highest-ranking woman ever elected in American government, her victory gives hope to women who were devastated by Hillary Clinton's defeat four years ago.
Harris has been a rising star in Democratic politics for much of the last two decades, serving as San Francisco's district attorney and California's attorney general before becoming a U.S. senator. After Harris ended her own 2020 Democratic presidential campaign, Joe Biden tapped her as his running mate. They will be sworn in as president and vice president on Jan. 20. END_OF_DOCUMENT_TOKEN_TO_BE_REPLACED 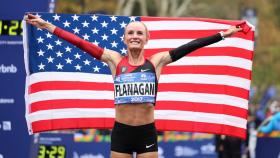 The Southold Town Democratic Committee is proud to announce that as of October 15th, 2020, Suffolk County Board of Elections data indicates that active Democratic registrations now outnumber active Republican registrations in Southold Town. This represents a drastic reversal from just a few years ago, when there were over 1500 more registered Republicans than Democrats.

Board of Elections data report active Democratic registrations at 6124 vs 6120 active Republican registrations. This is a small but very significant difference.

“The Southold Democrats have been closely following these numbers since 2017, and knew this was coming. But it’s absolutely happened more quickly than we anticipated,” says Kathryn Casey Quigley, Committee Chair.

The Committee attributes the increased pace to a growing anti-Trump sentiment... END_OF_DOCUMENT_TOKEN_TO_BE_REPLACED 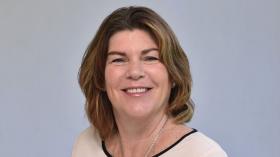 Assembly races seldom feature two candidates as knowledgeable about their district as this one. Both have deep roots in the North Fork, and in regional governance.

Laura M. Jens-Smith, 57, a Laurel Democrat, is the former Riverhead Town supervisor and former president of the Mattituck-Cutchogue school board. Republican Jodi A. Giglio, 52, of Baiting Hollow, has served 10 years on Riverhead’s town board and owns a construction management company. END_OF_DOCUMENT_TOKEN_TO_BE_REPLACED