By:
The Editorial Board
Publication:
Newsday 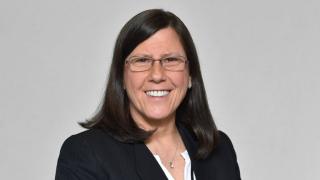 In 1976, when "Happy Days" was the top TV sitcom, Evita Peron made a last stand in Argentina and a tech company named Apple filed its incorporation papers, the name Kenneth LaValle debuted on the ballot to represent New York’s 1st State Senate District. LaValle, a Republican whose tireless work on environmental and educational issues earned him 22 consecutive victories, retires this year as the senator for a district that starts at the points of Montauk and Orient and stretches to Center Moriches and Port Jefferson.

The two candidates running to replace him are qualified to represent the district, but one stands out because of her potential to become a major influencer in Albany, and with that gain the clout to bring home the bacon. Democrat Laura A. Ahearn, 57, of Port Jefferson, has never held elective office but she well knows how the game is played. The founder of the Crime Victims Center and Parents for Megan’s Law and a social worker turned lawyer, she has spent 25 years advocating for victims of crime, especially those involving women and children, in areas like sexual assault, domestic violence, and human trafficking. Ahearn is rightly critical of the process that led to a flawed effort to amend a broken bail system and says she will work to give judges more discretion in deciding when an accused person should be detained. She will defend the property tax cap and wants to find a way for the state to help small businesses devastated by COVID-19.

The Republican contender is Anthony H. Palumbo, 50, of New Suffolk, who has been a member of the State Assembly for seven years, taking care of his constituents by getting grants for youth mental health services and preserving land in Shoreham. In the State Senate, he wants to build on his efforts to get state tax incentives for developers in return for them building more workforce housing. Palumbo is schooled in environmental issues and supports using a portion of the well-funded Community Preservation Fund to improve water quality.

But Ahearn would be in the Democratic majority if elected, and is likely to quickly become a forceful voice advocating for suburban issues, concerns that a city-centric majority often doesn’t prioritize. Ahearn has been successful in her work as a victim’s advocate because she acquires extensive knowledge about her subject matter and promotes her position tenaciously. The 1st District and Long Island need her independent voice in Albany.