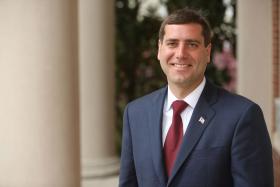 Tim Sini is running for Suffolk County District Attorney to restore integrity to the office and make Suffolk County a safer place to live, work and raise a family.

He currently serves as the Suffolk County Police Commissioner. Following a scandal that ended in the federal prosecution of the former Chief of Department, Tim was appointed to this position in January of 2016. Previously, he served as Suffolk’s Deputy County Executive for Public Safety.

Upon the appointment, Tim immediately set forth clear objectives:

Tim began his law enforcement career as a federal prosecutor in the Southern District of New York where he served under renowned U.S. Attorney Preet Bharara, who recently endorsed his candidacy. It was there that Tim learned what being a prosecutor was all about — administering justice and delivering results for the communities that he and others are tasked to protect and serve.

As District Attorney, Tim will use his experience as a federal prosecutor and the Police Commissioner to make the Suffolk County District Attorney’s Office one that is dedicated to people, not politics. With thoughtful leadership and 21st Century strategies, Tim strongly believes that crime in Suffolk County can be reduced even further. A “business as usual” mentality will not get the job done.

Tim grew up in Suffolk County and is now raising his young family here. Our communities need a District Attorney’s Office that truly serves our County’s people.

Please join us and pledge to make a difference!