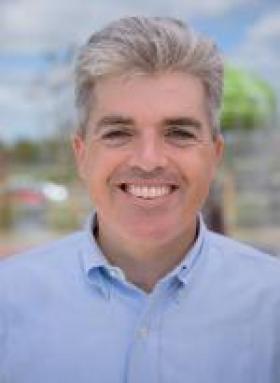 On November 8, 2011, Steve Bellone was elected to serve as Suffolk County Executive. He took office on January 1, 2012.

Steve is an Army veteran and previously served as Babylon Town Supervisor. In that role, Bellone kept Babylon in excellent fiscal standing even as the recession put governments at all levels in deep financial trouble. Bellone reduced the town's debt every year he was in office, eliminated red tape to attract new businesses to Long Island, and delivered a $4.3 million dollar tax cut to residents.

As County Executive, Bellone is using that same approach to reduce Suffolk's debt, improve Suffolk's business environment and keep taxes low. Bellone is serious about property tax reforms to reduce the burden on homeowners which is why he supports Governor Cuomo's property tax cap. And Bellone thinks it's a shame that young people are leaving Long Island at record rates due the high cost of housing and the lack of good-paying jobs. That's why he will incentivize businesses to move to Suffolk County and help young people stay by creating good jobs and making it less expensive to live here.

Steve Bellone was elected Babylon's 30th Supervisor in 2001 after serving a four-year term on the Town Board.

As Supervisor, he demonstrated that government can be both efficient and effective. He has made protecting taxpayers his top priority. Bellone, as Supervisor, dramatically cut the size of government, reduced the town’s debt burden and delivered a $4.3 million tax cut for residents in the 2011 budget.

An Army Veteran, Steve Bellone feels strongly that we have an important obligation to our returning veterans. He has helped to raise nearly half a million dollars for wounded soldiers by sponsoring annual Soldier Rides with the Wounded Warrior Project and Run for the Warriors in partnership with RWDSU Local 338 to benefit Hope for the Warriors. He placed a banner across the pillars of Babylon Town Hall that reads "Thank you to our Veterans, God Bless America" at the start of the war in Iraq. He rejected efforts by two different organizations to force the town to remove the banner and pledged to keep it in place until all of our troops have returned home. Supervisor Bellone also led a campaign in the Town of Babylon to support the building of the National World War II Memorial that raised more than $25,000. He organized and escorted three busloads of WWII veterans down to Washington, DC for the dedication of the memorial in 2004.

Bellone’s environmental and community revitalization initiatives have been nationally recognized for their pioneering and innovative approaches. In 2006, Babylon was the first Town on Long Island to adopt Energy Star standards for new home construction, saving residents money on their energy bills. Later that same year, Babylon adopted the most comprehensive green building code in the nation. In 2008, Bellone created the first property assessed clean energy (PACE) efficiency program in the country, Long Island Green Homes. He has lectured around the country and in Canada about this groundbreaking program that has been featured on CNN and in the NY Times and Washington Post.

In 2002, he launched Wyandanch Rising, a comprehensive, community-based approach to revitalizing the most economically distressed community on Long Island. In 2009, the NYS Department of State named Wyandanch one of just three "Spotlight Communities" in the state. Wyandanch Rising was also selected in 2010 by the United States Green Building Council as one of ten projects in the nation to showcase the new LEED for Neighborhood Development standard.

Quality of Life issues have been a major focus of Bellone’s career as Supervisor and County Executive. He targeted serial code offenders and slumlords in Babylon by creating the Quality of Life Taskforce and naming a special prosecutor for quality of life cases. He created the first Suburban Community Court in New York State in an historic partnership with the Office of Court Administration and the Suffolk County District Court. These two programs have had dramatic results: illegal businesses that were opened in residential communities have been closed, illegal rooming houses have been shut down and abandoned buildings that have sat vacant for years have been leveled.

Bellone has been a leader in using innovative solutions to solve challenges. As a father of two young daughters, Bellone believes that the foremost obligation of government is to protect the most vulnerable members of our society and so, using GIS mapping technology, Bellone implemented a first-of-its-kind system to enforce residency restrictions on sex offenders. Five years ago, Bellone was the first leader in the region to use GPS technology to increase efficiency in the town’s snow plows and car fleet and later he successfully implemented free Wi-Fi internet access in all parks for Babylon residents.

Steve Bellone is a graduate of North Babylon High School and he earned a BA degree at Queens College in 1991. Enlisting in the US Army in 1992, Supervisor Bellone served as a Communications Specialist stationed at Fort Leonard Wood, Missouri. During his service in the Army, he was awarded commendations for meritorious service and earned a Masters Degree in Public Administration by attending night classes at Webster University. Supervisor Bellone earned his Law degree from Fordham University and was admitted to the New York Bar in 1999.